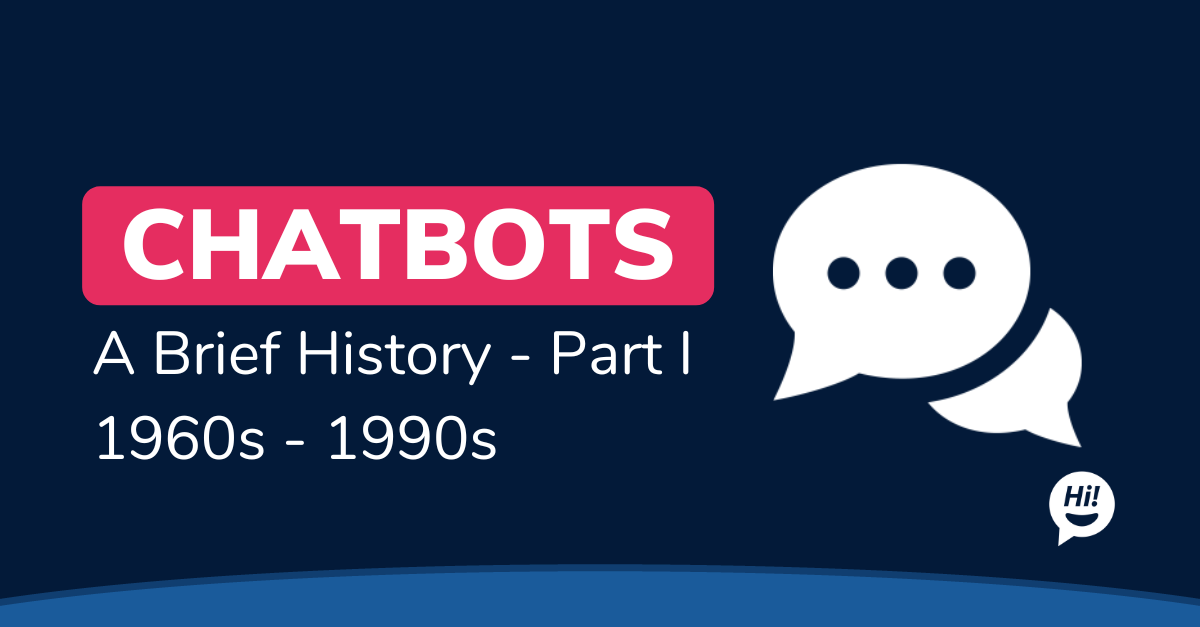 Only recently have chatbots become a regular part of the way consumers reach out to businesses and engage with them in hopes of getting questions answered, orders placed, and business done. However, you may be surprised to learn that chatbots have been around since the mid-1960s. English computer scientist and pioneer Alan Turing’s famous “Turing Test'' in 1950 posed the question of whether a computer program could talk to a group of people without realizing that their interlocutor was artificial (Adamopoulous, E. & Moussiades, L., 2020). This essentially would be the genesis of chatbot technology.

In 1966, the world’s first chatterbot program - a computer program designed to interact with people by simulating human conversation - was created at the Artificial Intelligence (AI) laboratory at the Massachusetts Institute of Technology (MIT) by Joseph Weizenbaum. The chatterbot program ELIZA – named after Eliza Doolittle, one of the main characters from George Bernard Shaw’s play Pygmalion – was created to simulate human conversations using pre-programmed responses. ELIZA examined keywords received as user input, and then it triggered ELIZA’s preprogrammed output, based on a defined set of rules. It did not possess a framework for understanding the contexts of conversations and answered inquiries only by analyzing the prompts a user entered.

AI was still very much in its infancy. Even sixteen years after Alan Turing’s “test” in 1950 hypothesized that a computer program could have a fluid conversation with a human being, the AI in ELIZA was rudimentary at best. It was not until 1972, when the natural language program Parry, developed by psychiatrist Kenneth Mark Colby at Stanford University, became the first program to pass the Turing Test and  chatterbot technology truly started coming into its own.

Acting as a patient with schizophrenia, Parry was considered more sophisticated than ELIZA. It had a ‘personality’ and a better controlling structure where it defined responses based on a system of assumptions and “emotional responses'' activated by the change in a user’s utterances (Adamopoulous, E. & Moussiades, L., 2020). Nevertheless, Parry was still considered a chatbot with few capabilities and could not learn from the conversational input into it.

AI, chatterbot technology, and the realm of digital communication would still have to wait for its moment. It would not be until the 1980s that private and public sector research on AI and chatterbot technology resumed in the U.S. In fact, what is now known as the “The Winter of AI'' from 1974 to 1980 is what led to the rejuvenation of interest in these fields in the U.S. Racter, a chatbot written by William Chamberlain and Thomas Etter in 1983 is one such example of a chatbot technology that emerged from “The Winter of AI”. Racter, short for raconteur (storyteller in French) – randomly generated English prose and was so successful that Chamberlain published a book created by Racter in 1984, titled “The Policeman’s Beard is Half Constructed.”

The “Winter of AI” in the early 1980s was deemed the genesis for Expert Systems – computational systems that simulated the ability of humans with special skill sets to make decisions. These systems introduced ways for businesses to automate certain processes, provide savings in certain areas of expenditures, and integrate with commercial and retail industries. However, these systems were marred by slow development and maintenance, which led to failures and increased disinterest in those technologies. The “Second Winter of AI” commenced and, yet again, the technologies would be stymied by lackluster research and investments from 1987 to 1993.

This “Second Winter of AI” did however spur a greater response from researchers and industries to reinstate interests and investments in AI technologies than the First Winter did and the 1990s introduced a new focus of AI – creating an “intelligent agent.” This represented a system or program that would be able to perform numerous tasks which could be translated into online shopping, web search, and more. This new focus, coupled with the increasing developments in cybernetics and neural networks, made for an AI-renaissance in the 1990s.

During this time, Michael Mauldin, a computer scientist, coined the term “chatbot”, having drawn inspiration from Joseph Weizenbaum’s “chatterbot.” “Chatbot” was used to describe the chatterbot program in TINYMUD, a multiplayer real-time virtual world whose primary function was to chat.  The chatbot in the TINYMUD world became a success as more and more real human players preferred to talk to it rather than fellow players. It achieved this success because the human “players assumed that everybody was a human and might cause doubts only if it made a significant mistake.” (Adamopoulous, E. & Moussiades, L., 2020). In 1992, another piece of chatbot technology was introduced as the chatbot Dr. Sbaisto (which stood for Sound Blaster Acting Intelligent Text to Speech Operator) was created to display the digitized voices computer sound cards were able to produce. It was becoming apparent that chatbot technology was finally artificially intelligent enough to become a household interactive tool in the foreseeable future.

Richard Wallace, another prominent computer scientist, was also inspired by the work of Joseph Weizenbaum and developed his chatterbot program A.L.I.C.E (Artificial Linguistic Internet Computer Entity) in 1995. This chatterbot program won the prestigious Loebner prize three times for being considered the most human-like chatbot of its time, but it never did pass the Turing test of being able to think as intelligently as humans. Still, chatbots were coming of age in the 1990s and started to present serious capabilities for consumer-driven interactions on the already popularly growing World Wide Web.

In 1997, the Jabberwacky chatbot (initially created back in 1981) was launched on the Internet by English computer scientist Rollo Carpenter. It would become more consumer-friendly in a more consumer-friendly variation in 2008 under the name Cleverbot, continuing its purpose of simulating natural human chat in entertaining ways.

By the end of the 1990s, chatbot technologies were seen as a permanent fixture in online communication, retail, and business. What began as simple programs designed to carry basic conversation based on command prompts were now becoming advanced computation systems, natural processing languages, and artificial intelligence. Chatbots could now not only carry on a conversation with a human consumer, but also facilitate the conversation and add substance to it.

Chatbot technology and the artificial intelligence that spurred its innovations became more widespread for commercial businesses employing chat in their operations and consumer engagements. As common as a cell phone, chat widgets and chatbots would proliferate immensely in the 2000s and improve upon themselves to provide greater paths of communication for consumers as well as contribute to the boom of newly formed chatbot providers and companies.

One such company, Botsplash, started out in 2017 with the intention of utilizing chatbot technology to provide better ways of communication in a B2B2C environment. Botsplash’s chatbot is examined in greater historical detail in the second part of this brief historical overview.  The second part will look at how chatbot technology has become integral to the way people, businesses, enterprises and more interact with one another. Check it out here!

Gunko, I. “Is AI Really Intelligent? (And What It Means For Your Chatbot).” Cloud Academy. 6 May 2020. https://cloudacademy.com/blog/is-ai-really-intelligent-and-what-it-means-for-your-chatbot/. (3 June 2022)

Oberoi, A. “The History and Evolution of Chatbots.” Daffodil. 30 October 2019. https://insights.daffodilsw.com/blog/the-history-and-evolution-of-chatbots. (3 June 2022). 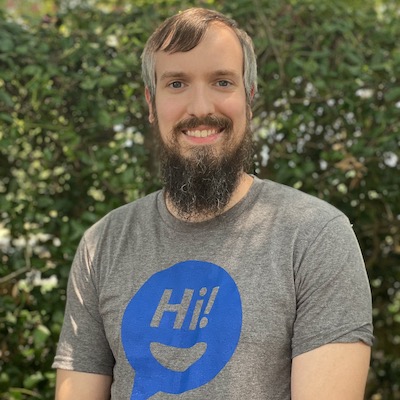